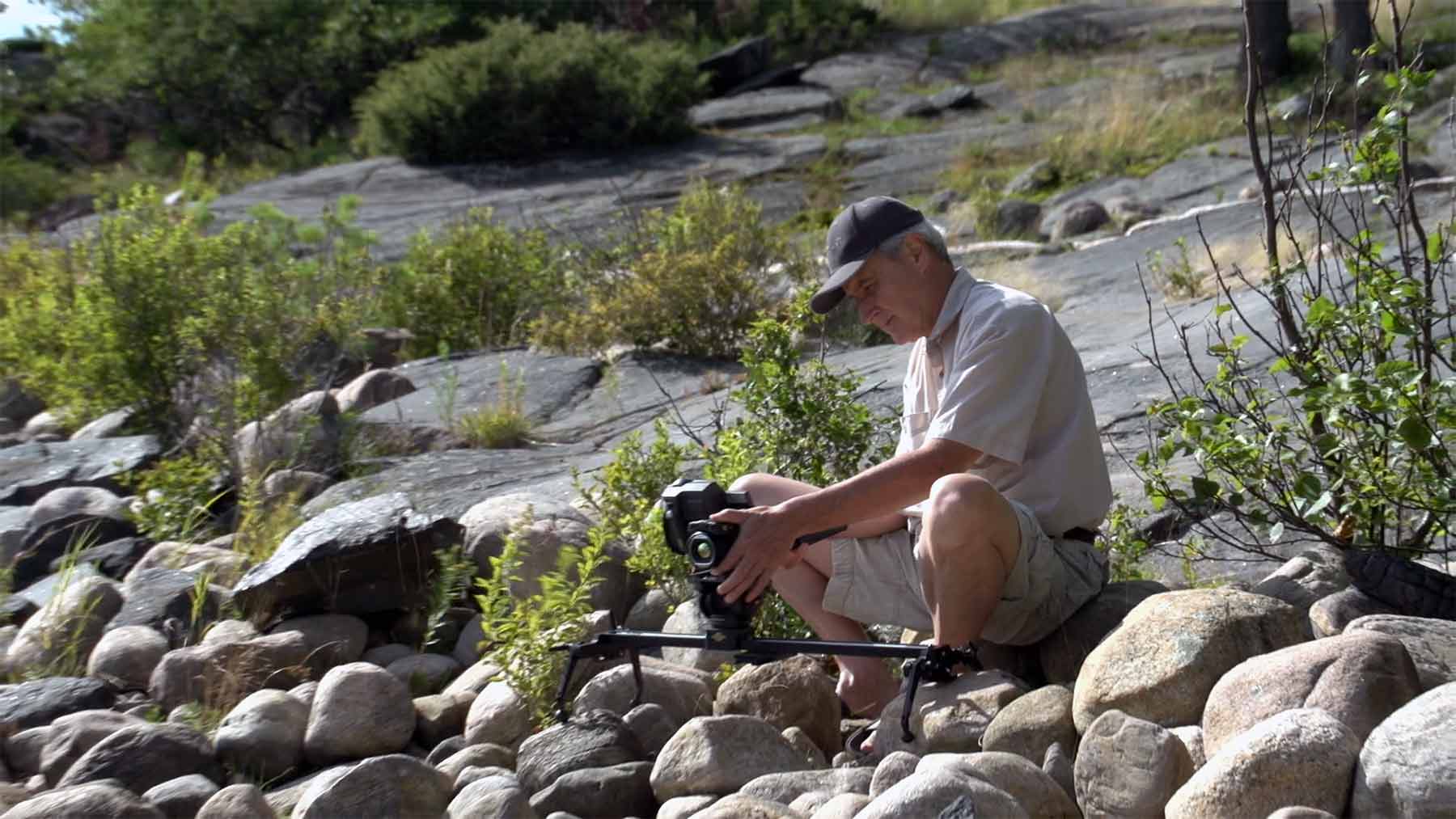 My Search for Healing Fields of Tesla’s Medicine

At the turn of the 20th century, it was common to apply electricity and light therapy directly or indirectly to the body for use in a healthcare industry which was not yet regulated. With the introduction of medical organizations such as the American Medical Association and the Food and Drug Administration in 1906,  patented medicines gradually replaced light and electro “theraputics” which could not be patented. Tesla’s medicine was removed from Western medicine but flourished in communist Eastern Europe where Tesla was born.

With the widespread adoption of the internet, word of mouth about a mature form of Tesla’s medicine from the East has now returned to the West via social media. This website and companion materials document my 10 year journey around the world to present the history of Nikola Tesla’s Medicine. I hope what you learn here will help you, your family and pets to live well as we journey to a future where Tesla’s technology will become our friend if used as Tesla intended.

The Perils and Promise of Tesla Technology

Although I had a fascination with the works of Nikola Tesla as a young boy, I only recently started to seriously research and begin to film this project in 2008 after recovering from a serious burnout from my work in the high tech industry.

Twenty years ago the initial “burnout” symptoms started as forgetfulness, foggy brain, aches and pain etc., which initially I considered to be related to the middle age crisis that is so often experienced by “stress.” They gradually grew worse and progressed over a five year period to include loss of appetite, extreme nausea, rashes, anxiety, a dreadful depression and then a full blown nervous breakdown. I felt like the biblical character named Job. I remember Steve Jobs was going through similar health problems at the time and wondered if the tech industry had something to do with my problems.

My doctors were thoughtful, well meaning and put me through all of the usual tests. They did not want to prescribe drugs knowing how I felt about getting addicted to them and instead recommended extended vacations away from work – especially computers.  I followed that advice. Short two week vacations did some good for me but when I performed manual labour, dug ditches for ponds and grew gardens, it seemed to periodically lift the symptoms. I figured I had simply lost contact to nature. When the bleak Canadian winters arrived each year, all of the symptoms returned with a fury.  What was I to do? Move to Florida and join the snowbirds? Give up my sucessful career in the interactive TV production industry?

After a series of fortunate meaningful coincidences that many of you may call synchronicity, and with the help of some cutting edge scientists, I discovered a way to cure myself using what has come to be known as “German Medicine.” It’s an advanced form of Tesla medicine with a lot of nature in the mix. It resonated well with me because I embrace the use of technology in my business – I am in love with my Macintosh computer – I admit I am still addicted to it in fact – because it gives me the freedom to create the interactive media that I am using to communicate the research I have found to my audience. Just like Chinese medicine uses herbs, German medicine uses machines. I found that by blending the two together, medicinal plants and machines that reproduce the effects of nature, it opens a whole new world of healthcare that I call “nature medicine.”

German medicine often involves the use of sound, light and electromagnetic field devices that emulate the healing effects of the sun and the earth. Unfortunately for most people, it’s extremely costly and complicated,  but literally works just like a miracle that you pray for in the same way quantum computing works with information technology. It’s like AI – artificial intelligence for the human body.  For reasons that you will learn in this website, my book and in my documentary film – few western doctors know about this technology.

The Long Road to Recovery

The purpose of this project is to inform the general public and doctors as to what is now available here in Canada as legal medical devices. What was once considered to be “Quack devices” are now legal medical devices that can be used in the home and in the doctors office. Unless doctors are taught the subject in medical school, most won’t pay attention to what they read on the internet unless it is published in well respected medical journals.  This would be my challenge. To find the published medical research from Europe and bring it to life via video and make it easy for all to understand.

I traveled the world to visit the factories that produce the devices and visited the clinics that specialize in their use. I interviewed the scientists that performed and published the studies. I brought a wide selection of the devices home to study and film in custom built laboratories and for use in my newly renovated, magnetically clean, home healing room.

Today, I still regularly use Tesla Medicine for wellness and  realize the long Canadian winters are bleak indeed, but only slightly depressing now, mainly because I miss the long walks through the healing fields of nature and forest therapy. Tesla’s medicine is a balance between technology and nature. His favourite food was raw honey and he walked 8km daily through New York’s Central Park to feed the wildlife. His best friend was an injured pigeon that he bought back to life.

I’m now in my mid 60s, but I feel 26 in body and I “Think Different” in mind like Steve Jobs would ask us to do. I especially love both the organic ultraviolet light activated Canadian Macintosh apple cider that I pick on local farms and the Macintosh Apple computers that I have purchased right back to the first Mac Plus.

Steve Jobs was my inspiration in my work life because his hardware and software allowed me to create compelling interactive content that could change the world. Unfortunately, Steve did not find his solution to extend his life to enjoy the fruits of his labour but he has left us with Apple Park – an open glass sunlit filled spaceship set in the forest as a reminder to future employees that contact with nature is extremely important when working in the high tech industry.

Time for a Change in Life

When you see an inspiration like Steve Jobs pass away and you come back from near death like I have and feel better than you ever have, most people often see their purpose in life from a new totally new perspective. I would like to believe that there was some meaningful reason to have suffered so much for so long. Do I go back to where I left off producing travel TV shows on the mysteries of the world or perhaps slightly alter the course to focus on “Wellness” vacations and spas?

Since there are no official schools that teach Tesla medicine therapy, perhaps there is a future as an expert in this field of “energy therapy” where I can utilize my film production and interactive eBook technology to pass on the information via the internet and take it on the road as an interactive live show.

It’s a complex subject that would require a lot of research, time and money. It’s also a disruptive technology with a lot of push-back from the medical establishment. This would have be a self funded project because I did not want to be influenced by a broadcaster or a film distributor that would have any creative control over the content. It also could not be influenced by the manufacturers that produce the the modern Tesla Medicine machines. I must present the material fairly using well done research and testimonials that were balanced.

When I started to produce the documentary 8 years ago – YouTube was just starting. Netflix was renting video tapes and starting to explore on demand video. Now it’s crowdfunding.  Apple and Amazon are producing films. It’s a brave new world for filmmakers. With this ever evolving medium in mind, I’ve decided to share my work in progress – to take you behind the scenes of the filming of my documentary and give you a glimpse of my journey into a world that resembles the medicine found abroad the Star Trek Enterprise.

My audience can see this material with the support the the various crowdfunding platforms I have decided to subscribe to. I look forward to taking a break from my computer to make time for my patrons and offer private consulting services not as a doctor of medicine, but as an educator in energy therapy so they too can take their healthcare into their own hands.

As a former “Ancient Wisdom” travel TV show producer, I had the research capabilities and necessary equipment to document my 8 year journey of higher learning so that I could share it with others in printed books, interactive eBooks and digital video. My goal is to release a 90 minute feature “The Healing Fields of Tesla Medicine” on-demand documentary video and companion interactive eBooks that detail how healing fields of nature – the sun, earth, air and water can be recreated in your home using European, Health Canada and FDA approved medical devices.

Consider this website to be my digital online diary. I’ll try to post video and works in progress as often as time allows. Read my personal research notes to learn about the challenges and barriers that have been historically placed on Tesla’s “Energy Therapy.” Follow our crews all over the world and watch a series of short continuing “making of” films that bring this website – my interactive rich media diary to life.